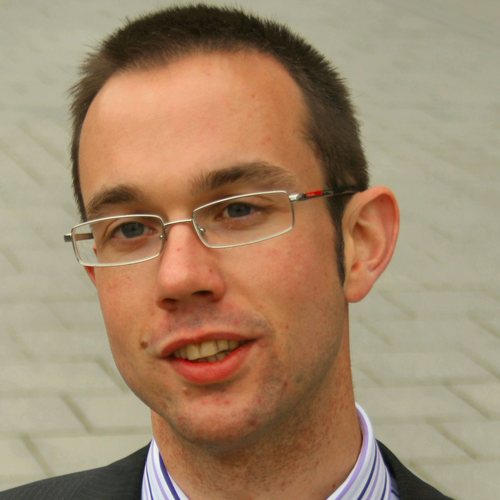 It is hard to believe that another 6 months have passed, and we are half way through the year. And what a busy six months it has been.

You will no doubt have seen that we recently held our AGM. If you didn't get the chance to attend live, I'd encourage you to take a look at the recording. In the AGM we talked about IIBA UK's strategic plan, and also reflected on our progress since 2015.

I am pleased to report that our membership has continued to grow substantially. Back in 2013, we set an ambitious target of achieving 1,000 members by the end of 2015. This seemed challenging at the time, given we had only around 100-150 members. Yet, with a laser-like focus on our strategy we have been able to achieve significant growth; whilst we didn't quite achieve 1,000 members, at the time of our AGM we were up to around 800. This is a significant achievement for our volunteer community, and shows the level of recognition for business analysis, and IIBA, is growing in the UK. Achieving this has been a team effort, with our volunteer network across the branches and board. A massive thank you to everyone who has been part of making this possible!

Alongside the growth in membership, we have continued to focus on growing and sustaining our firm and robust underlying financial operating model and we have seen our income increase with virtually no increase in costs. This ongoing financial prudence will assure the financial health of the organisation for many years to come. Additional financial resources also open up opportunities that a few years ago we could have only dreamt of.

I am very pleased to say that there are a number of exciting initiatives underway, many of which I am sure you will have heard about, including:

This really is just part of the picture, and I am sure that my fellow directors will provide you deeper insight into their particular portfolios. It has been a very successful and active six months, and I look forward to reporting our progress in six months’ time.

Thank you so much for being part of the IIBA UK community! 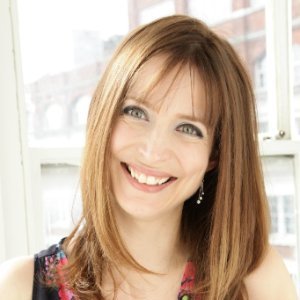 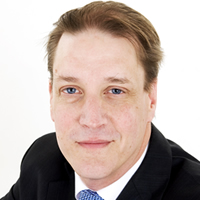 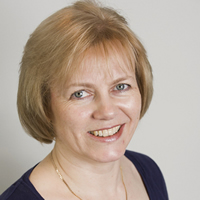 The 6 months since my last update have flown by and things have been very busy with IIBA UK. In early January we held our annual strategy session during which we reviewed both our longer term vision and immediate objectives. Also, we started to look at our value proposition for the next 12-18 months. Our membership is growing and we need to ensure we are still providing value to our members so that the IIBA UK community is one many BA professionals throughout the UK want to be part of. As part of the input to our strategy and value propositions we have taken feedback provided by the BA community through our annual survey.

Work is ongoing to produce a report from last year's survey and this will be made available within the next two months. There have been some ongoing challenges with completing a report from the survey and finding a suitable means for publishing it.

Development work on our website continues with recent focus on addressing some of the issues with managing the payments interface and ensuring we can load corporate members effectively. We have a development roadmap for the website and continue to add items to our backlog based on feedback on issues and suggestions for improvements. Another IIBA chapter has recently shown an interest in the UK website and we are in early stages of discussions with them on how we may potentially share our platform. Central IIBA has now begun a rollout of their new web platform, we have been encouraged to take this but it is not mandatory and we have support to use our own website. In the future we will look to integrate some of the back-end functionality in our site with the central administration functions.

At our strategy meeting in January we had a short facilitated discussion on our volunteers’ experience and how we can improve this. One of the Senior BAs at Allen & Overy, kindly helped out with the facilitation of this session and also gave us some really useful feedback on the volunteering process. Volunteers help us out in a number of areas including the set up and running of events plus individual projects. We are all volunteers with IIBA UK and are very appreciative of the time volunteers devote to the chapter and the part they play in making it a success. As a result of our session in January we have revised our volunteering processes and procedures and are currently updating some of these plus introducing some new templates we can use to improve the experience volunteers have.

During this period, I've enjoyed attending a number of events in London and the South West and have enjoyed meeting people at the events. I'm currently taking part in the mentoring scheme which was launched in May and am looking forward to supporting my mentee through this programme and at the same time learning some new skills myself.

Finally, I'd like to mention a feasibility project we are currently running with the aim of setting up a virtual book club run online if there is sufficient interest. At the time of writing this, we have run a short survey which over 160 people have completed and are now looking at the results to determine whether or not to proceed with a pilot for the book club. 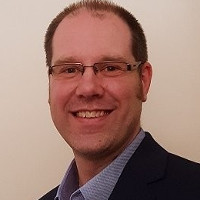 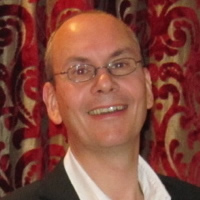 Following the recent IIBA UK Board election, I warmly welcome new board member Vinay and wish him well in this important role. I also need to say thank you to the outgoing Director, Martin Maya who has provided first class support to the Board and the BA community in his tenure as Marketing Director - thank you Martin.

These six months have gone by very quickly indeed, nevertheless, much has been done in support of the UK BA community.

In addition to working on our own portfolios, the directors all support each other too. Other work I have been involved in includes a response to a Government Consultation for Public Health England - the quality of which, and the speed with which it was delivered, was impressive - it really did look an impossible task but we made it. I also provided input into volunteer Nirav's work on a virtual book club and eagerly await the outcome. I have been the team's Tweeter for a couple of months bringing news of upcoming events and other useful information and resources to you. It would be good to have more interaction through this channel.

I'm looking forward to driving the business development strategy forward this next period, as well as attending events, meeting with you and getting your input. Thank you for your continued support and membership. 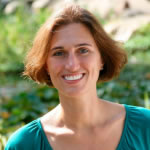 Nationwide saw 2015 out in style: For the second year running, they kindly hosted an event Swindon is hosting an event on 17 December. Rachel Henry Jones, de-mystified how to apply and become “BA of the Year”. She most certainly demonstrated why she deserved the title in her presentation. Alan Gladman, “Chief Happiness Officer” gave a very insightful presentation on how "to get started with agile".

In February, I hosted a very engaging Welsh Social event with lots of conversations happening and connections made. I can only echo the feedback received: “The people who didn’t make it missed out.” Since then, I am pleased to report that I have been approached by Daniel Jaiyeola, who is based in Cardiff and very eager to keep up the momentum of a Welsh IIBA branch! If you are interested in getting involved or hosting an event in Wales, please contact me and I will get you in touch with Daniel.

In March, Ordnance Survey hosted their second annual event, with no less than 3 presenters. Saffron House managed to get 2 internal presenters: Dan Marlow, reminding the audience of the Agile INVEST principle and Steve Attewell demonstrating the value that UX brings to projects. Ian Mitchell from eaDocX demonstrated vividly that BAs need to embrace Model Driven Analysis (MDA) to maintain their skills and value add.

I was lucky enough to host a webinar in May with Ryland Leyton on “Accelerating Agile by Adding Business Analysis”, which was very well attended and interactive, with Ryland answering a lot of questions from the audience. Ryland has agreed to host another webinar later this year – so watch this space.

Looking forward to the rest of 2016, I am pleased to announce that there are at least 3 events in the pipeline (hold the date): 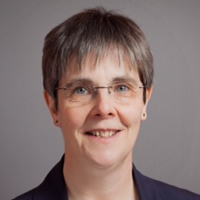 A good number of events held by the northern branches so far this year, with plans for more in the second half of the year.

Despite losing Be Positive as our sponsor, and undergoing a change of committee, Scotland has managed to hold 3 events in the first half of the year. As usual the events were well-received and generated a lot of discussion.

The second event was held on 18th May 2016, again hosted by Hudson. The talk was entitled “UX isn't here to steal your toys” and was given by experienced presenters Clare Barnett and Hilary Brownlie from Registry of Scotland. Attendance numbers increased to 23. Really good talk and lively debate, followed by sojourn to local hostelry

The most recent event was held on 2nd June 2016 “The Balanced BA” and was hosted by Standard Life Investments. This involved 3 talks. Simon Nicholls Head of BA at SLI spoke on striking the balance between domain knowledge and analysis skill; followed by 2 of his managers who spoke on the role of the “managing analyst”. This was followed by Madeleine Allen from Allen Training Associates Ltd with a talk entitled “"Our job would be easy if it wasn't for the people - Balancing the unpredictable human element in successful business analysis.” The three talks went down very well.

Planning is currently underway to secure speakers for events in Edinburgh in September, October and November; and a Glasgow event TBA.

Stepping Down: Vicky di Ciacca. Vicky has been instrumental in the setup of the Scottish Branch and has been a keen supporter over the last few years. We hope she will remain so after stepping down as Chair of the Scotland Branch.

Three events were also held by the North Branch in the first half of the year.

A very successful event was held 3rd March, hosted by Co-Op on theme “The Agile BA: Must, Should or Could?” involving 4 presentations and a panel discussion. This event was very well received. This session was re-run in Bradford hosted by Yorkshire Water on 29th June 2016.

Another successful event was held on 17th May 2016 entitled “BA Careers. This was sponsored by Assistkd and hosted by Sheffield Hallam University. Lawrence Darvill and Adrian Reed both spoke and the event has received some excellent feedback. Lawrence will be repeating his talk in the Midlands in September and Scotland in October.

Stepping Down: Andrew Precious. He has been involved with IIBA since April 2011 and is stepping down due to increased work commitments. We are very sorry to see him go and hope he will be back again soon!

The Midlands Branch has been re-establishing itself this year. The Branch Committee is now up to 3 people, Pardeep Dhanda (Deutsche Bank), Ravi Kumar (HSBC) and Sandie White (Barclaycard). The first event is planned for 27th July at Deutsche Bank, with a talk entitled: “Building Digital Success: I need a BA” by Clifford Dennett (Founder & CEO at SoshiGames), a local Birmingham entrepreneur, as speaker.